The Bridgestone Bridge is history. Just to clear the rubble, on Friday September 26th, it concluded its demolition. The cleaning the area will remove any trace of the obstacle that was this infrastructure for the Ibaizabal river. URA will arise in its place another less aggressive one. 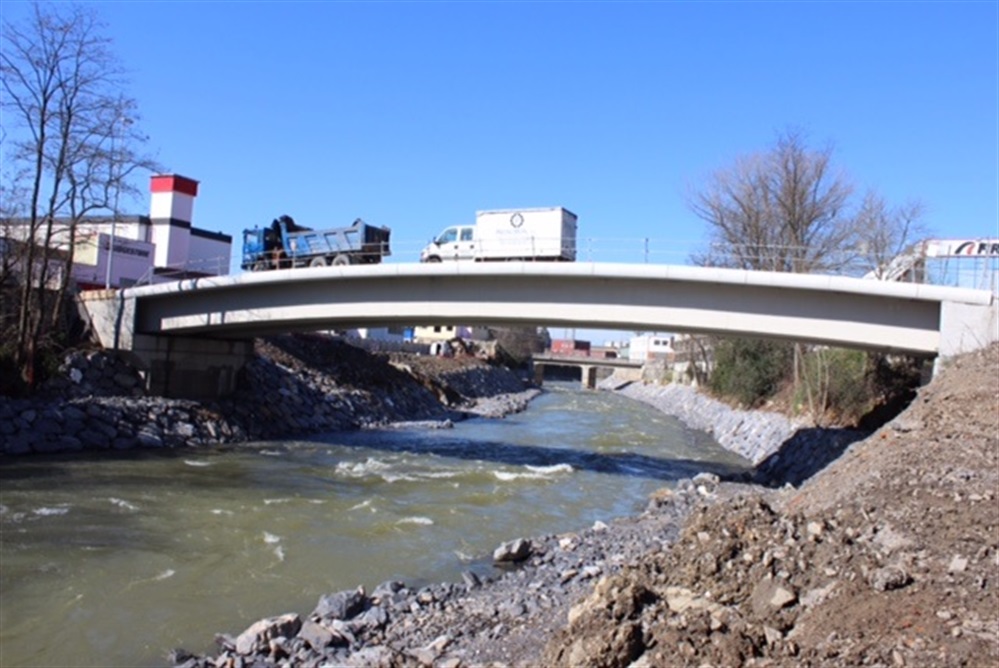 The demolition began on Wednesday, September 24th. The demolition works, carried out by the company Viuda de Sainz were carried out quickly to avoid an obstacle in the daily routine of the citizens of Basauri.

The bridge is not an obstacle any more for the natural movement of the water of the Ibaizabal in its transit to the confluence with the Nervion River, so the risk of flooding will be mitigated.

The new infrastructure to replace the Bridgestone Bridge will have a board of 41 meters and will be built over the Ibaizabal River with no piles in the water, which, together with other interventions, will minimize the risk of flooding in the area.

“This action is part of the second phase of the project to channel the rivers Ibaizabal and Nervión. Works that are in the Urbi-Bengoetxe section with a total length of 1,570 m. The actions planned in the Second Phase have a budget of 6.5 million euros and an estimated period to carry them out of 20 months (last quarter of 2015)” as said by URA, The Basque Water Agency, responsible for the channelization project.

Although the works of the new bridge will be completed by the end of the year, when it will be walkable, the second phase of the channeling Nervión-Ibaizabal will not end until one year later, in December 2015 It will be after twenty months of work and a investment of 6.5 million euros. There will be another third phase with which it will conclude the overall project.

“The Ibaizabal and Nervión rivers have had critical moments due to their hydraulic failure” explains the director of URA. As highlighted by Ana Oregi, “is readily apparent that their banks have been partially occupied by humans and that the river has been boxed, trying to meet the urban needs of the moment; needs that did not foresee the natural behavior of the river in flood period. The result: flooding in the area that this project of channeling will significantly reduce”

Because of the study, the necessary actions were divided into three different phases: Bolueta- Urbi -section (ended during the first half of 2014), Urbi-Bengoetxe section (running) and Bengoetxe-Plazakoetxe section (planned). In this second phase, in addition to replacing the Bridgestone (Firestone) bridge, the channeling works of the Ibaizabal River provide other actions such as the demolition of the Azu in Urbi, carried out early this year; the replacement of the Urbi Bridge; the environmental restoration; and the replacement of the existing easements, roads and all those services that may be affected and in general, all the ancillary and additional required works, not only to secure the main hydraulic function, but also those works which affect the planning of the Council and serve to minimize environmental impact.