This weekend, Portugalete becomes the epicenter of folklore and crafts with the celebration of the XI edition of the Folklore Azoka, organized by Elai Alai. The Basque town combines folklore exhibitions with the presence of artisans of the sector and does it, among other companies, with the help of Vda. Sainz.

The Fair of Luthería will be one of the great attractions of this event in which 45 exhibitors will take part coming from the state and from various parts of the European continent. The activity has opened its doors on Saturday from 11.00 h and in it, there will accommodate, in addition to the exhibition and sale of various musical instruments and elements related with the folklore, musical performances, dances and workshops, among others.

There will be children’s workshop to make musical instruments and, also, simultaneously, there will be a dance festival for children in which there will take part Elai Alai Dantza Taldea, Berriztasuna Dan-tza Taldea and Ikusgarri Dan-Tzal Taldea. An hour later, it will be the turn of the pilgrimage with Aiko Taldea and at 22.00 h there will be a concert with Jarauta.?Meanwhile, Sunday’s activities will start at 11.30 h with the celebration of Portugaleteko Ezpata Dantza. Half an hour later it will take place the joint concert of the Municipal Band of Portugalete and the Municipal Band of Txistularis of Barakaldo. There will be music and workshops until 20.00 h.

The Elai Alai dance group has been gaining prestige to become a fundamental reference among the other groups in the country. Integrated in Elai Alai Kultur Elkartea organizes the International Folklore Festival of Portugalete, and is able to mobilize hundreds of people around them in the work of collection, maintenance and renewal of the traditional culture of the Basque Country.

Its history dates back to 1962, when they appeared in public in Portugalete at a time when even the sound of the txistu was forbidden in the neighboring Sestao. In the seventies, they began to organize the International Festival of Folklore and to go out abroad regularly achieving great successes.

The spirit of Elai Alai is still as enthusiastic today as forty years ago. The ideology of the fathers and mothers of the town that made it possible remains unchanged: to defend, preserve and disseminate the culture and dance of the Basque Country, “says the member of the Elai Alai Foundation, Sabin Ipiña.

There was the San Antonio Academy, the “Boys Club” of Pili Ruiz that among its various sections had the dance, with Javi Beitia and Ricardo Perez leading this section.?The first one has his brother Jose Ignacio to prepare them, and after a meeting with Pili in that Academy, they decide to start the trials in the warehouse that Josetxu Beitia had the Bailen street, rather than having to do it in the outdoor arcades of the rectory.

In this group we could find Jose Luis Garaizabal, Txetxu Fernandez, Genaro Mendizabal, Eduardo Castillo, Iñaki Mugarra, Duke, Goikolea, Pinedo, and others related to them by friendship or neighborhood that joined them.

The first tests on the concrete floor were cumbersome, due to the dust rising until the terrazzo was placed. So they were acquired regularly and friendship ties between its components were shaking with excitement to learn and improve, which accounted for months the seed that made bloom the following year, in 1963, the idea of ??becoming “formally” as dance group . In this time it must be noted as an invaluable assistance, the collaboration of LORAK EUZKO members who came from Sestao.

It was, finally on June 6th, when the first meeting was held, at the family Beitia´s place, who would decide its name and its Board of Directors. After discarding ZUBIRENA or EUZKO Gaztedi, for their political connotations, it was chosen the name HALS ALAI, as a tribute to the group founded by Segundo de Olaeta in Gernika in 1927 and that disappeared after the war, whose wake follow his son Victor creating in Bilbao in 1949 the “Olaeta Ballet”. One of his dancers Txomin Unzalu after settling in Gernika, created again in 1965, the ELAI ALAI, as there were be two groups with the same name.

The dance Academy and traditional music born, meanwhile, on June 2004. The academy comes true thanks to the work previously done by people of the Elai-Alai, a completely altruistic group.

We are aware that traditional dance has many gaps. It has always been understood as a purely amateur activity. This makes people who work for our traditions not last in their activity or have to resort to people with little knowledge.

From the center of traditional culture we believe that such initiatives make the quality of education improves. We must not forget that although dance and traditional music is for the people and of the people, things have to be done with the utmost rigor.

Vocational education focuses its mission to re-educate our root, forming dancers, artisans, etc, in a more continuous form of the borrowed amateurish.

Every day, this society absorbs us in a purely profit culture, without thinking about the things that make being one, things that identify us as what we are and will be in the future. 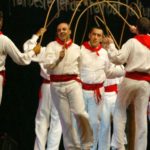 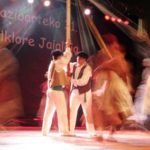 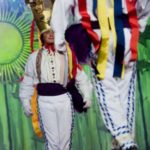 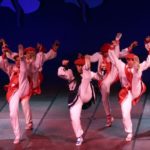 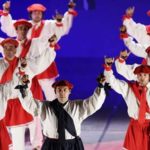 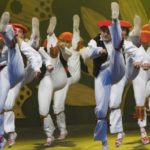 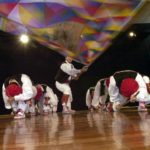 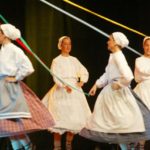 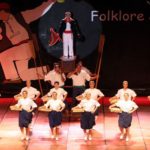 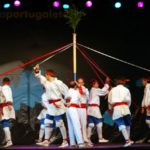 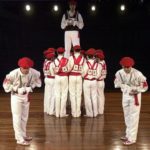 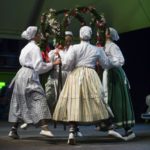