More than twenty students of the second and third year of the Polytechnic School of Engineering of Mines and Energy of the University of Cantabria, UC, approached the Port of Bilbao to visit the works of the first phase of the central breakwater and the stabilization of the old quarry of Punta Lucero.

The European Commission contributes with the 20% of the allotment amount under the Connecting Europe Facility (CEF) program, and the rest will be funded from the Port Authority’s own funds. The works began in September and have an execution period of 39 months.

Work done on the central breakwater

Since March this year, the construction of the 22 concrete blocks that will limit the new surface of the first phase of the central breakwater is being carrying out.

The box, the structure where these blocks are built, is docked a few meters from the future new pier and will finish its work later this year.So far as they have anchored three drawers, a quarter will be anchored this week, and a fifth has been made.

Each drawer or block has 24 meters of height, a width of 17 and a length of 55 meters, which is equivalent to a block of housing of eight heights with five floors of 75 square meters in each plant.

On the other hand, progress is being made at a good pace in the work of the spillway discharge. These works are expected to be finalized this month, in May with the completion of the works in September to support them.

In this first phase, a dock of 334,000 m2 of surface and 1,081 meters of docking line will be created, with a draft of 21 meters. The surface obtained will represent just over half of the 600,000 m2 that the pier will have once completed.

Works for the stabilization of the quarry

As for the stabilization works of the old Punta Lucero quarry, it is being cleaned by combing the area, from the highest level to the lowest levels, by means of controlled small blasting and other auxiliary works.

In these months the execution of the auxiliary installations, 200 m tunnel and 170 m high, have been completed, which will allow the removal of the material extracted from the stabilization of the fronts from the upper levels to the foot of the quarry. Also, since April 30th they are carried out blasting in open skies. 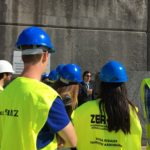 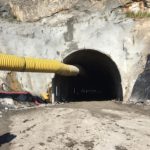 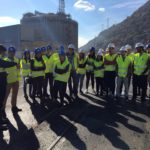 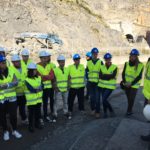 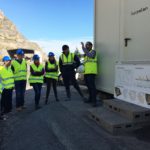 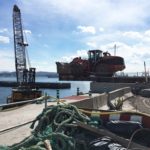 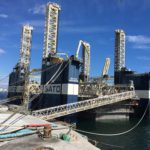 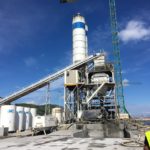 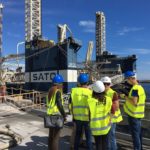 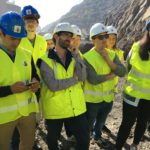 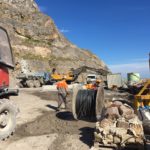 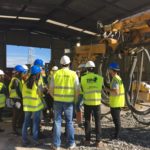 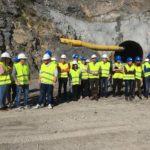 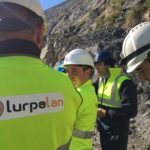 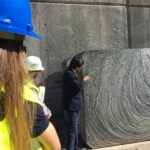 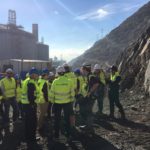 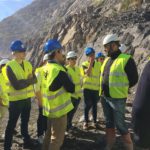 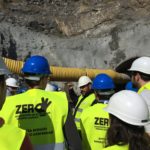 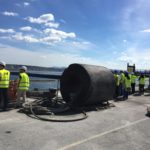