The Bizkaia Bizkaialde Foundation, with which Vda. de Sainz collaborates, celebrates annually a meeting that attracts a wide representation of the sport of the Territory and in the course of which, it takes advantage to recognize the effort of the clubs and companies that foment the local sports. 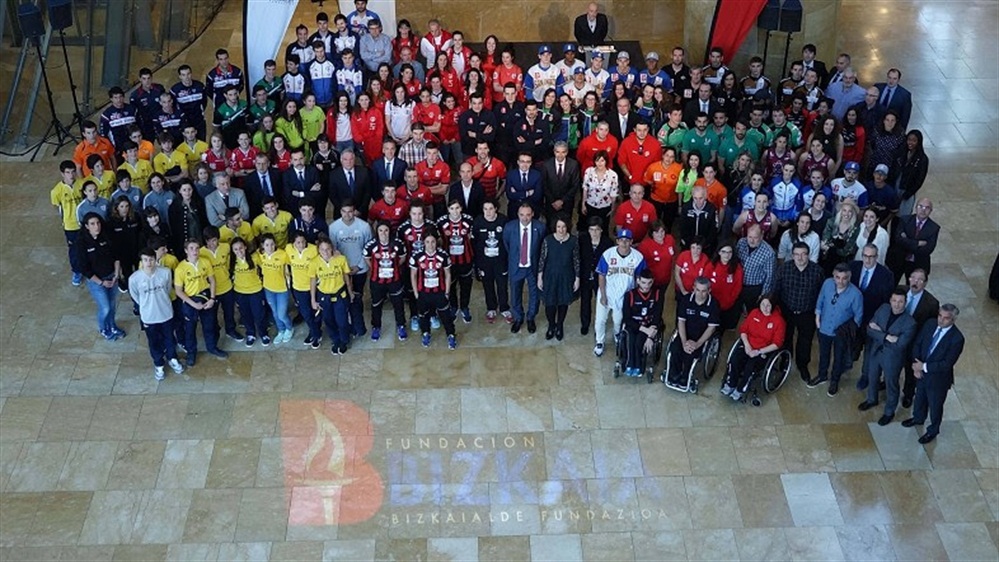 This year, the Biscayne entity has brought together representatives of 43 companies, 25 clubs and 28 teams (fifteen women, twelve men and a mixed one) that sponsors more than one million euros to be able to compete at the highest level in 18 Sports. It is also worth noting the important presence of the women’s teams supported by the foundation.

The president of Bizkaia Bizkaialde Foundation and deputy of Basque and Culture, Lorea Bilbao, has presided over the event in which she has put in value and thanked the efforts of the entities that bet to support the sport of the Territory.

“The Bizkaialde Foundation works to strengthen the sports muscle that drives clubs so that they can stay on the crest of the wave and make their dreams come true,” said the deputy.

“Today, more than ever, sport in Biscay needs us, and I take this opportunity to appeal once more to your social commitment to the Biscayne sport and Biscay, and we need each and every partner to continue improving, to continue Obtaining results, so that Biscay continues to grow”, she added.

Under the motto “sport in Biscay needs us”, Bizkaia Bizkaialde strengthens the sport’s muscle in the Territory by supporting clubs in the elite sports of Biscay. In order to achieve this goal, Bizkaia Bizkaialde helps to make economic efforts of public and private entities that support the sport.