Led by the Telecommunications engineer of Vda. Sainz, Rafa Uria, a dozen students in the first training cycle of Superior Degree in Telecommunications System and Computer of the CIFP Emilio Campuzano of Bilbao unraveled the guts of the Social Houses and the Premium fix priced houses …

… that Viuda de Sainz is carrying out in Santurtzi in the Itsasalde residential complex (IR). On the second visit of the CIFP Emilio Campuzano to IR, which took place on Friday May. 27th, the students compared the facilities of the two buildings, the Social Houses, whose construction is about to come to an end, and the Premium fix priced houses in different grade of evolution, which enriched the visit, with a lot of questions and identified by the great interest of the guests.

First, Uria showed the operation of the RITI, Indoor Camp of Telecommunications of the Social Houses, located in the garage and in a very advanced state.

Then, they went up to the top floor, where they analyzed the television distribution elements of each house, the segregation of the optical fiber, and the video intercom dealers in the secondary registration box.

Then they saw the inside of an apartment and to end the visit, they compared the RITI of the Social Houses and the Premium fix priced houses.??For the students, who showed their satisfaction at the end of the visit by the explanations received, the Professor Pedro Calleja, who also thanked the opportunity to see on site what they learned in class, accompanied them.

This is the second opportunity for the CIFP students to visit IR. On the previous occasion, several teachers and students who study the Higher Grade in Cycle Building Projects visited Itsasalde Residential followed very attentively all the explanations of the foremen who provided them with valuable information for their studies and future labor dedication.

Nerea Romero, Professor in Measurement and Planning said that “this is a very interesting project for its architectural complexity and the time in which it is located, which has allowed us to see earthworks, foundations, finishes, fixtures … “, which as she said,” comes very well because the work about students and allows better acquiring theory and methodology”.

Romero insisted, in this respect, in thanking Vda. Sainz for giving them this opportunity, a relationship that also satisfies the construction company, as it allows to share its knowledge.

The future homes, which are equipped with a modern and energy efficient design, functional layouts, enhanced with sliding doors in kitchens.
They have also fitted wardrobes in the main bedrooms, heated towel rail in bathrooms; They include leading brands and equipped in sanitary design with thermostatic taps kitchen.

It is a privileged urbanization near the city center, situated in a beautiful surrounding environment to the new Serantes Park, opposite the Sardine Walkway, with wonderful views to the Abra, and endowed with excellent motorway links, Bizkaibus and Metro.

And most importantly, there is the possibility of putting the house to one taste and lifestyle by choosing three different finishes: Vintage, Classic and Modern.

Regarding the economic conditions to be met by those interested in acquiring the Premium fix priced houses; he noted that the income range must be between 12 and 50 thousand euros, based on the statement of 2013. You can also apply discounts of up to 70 thousand euros.

They are, in short, modern houses, and ecologically designed, with which Vda. Sainz seeks to transfer its commitment to the Environment and Innovation.

In this sense, we should not overlook the great effort invested by Vda. Sainz to demonstrate the commitment it has with respect the environment, and improve, if possible, a policy that carries out in all its projects, but which manifests itself in a special way in the Premium fix priced houses of Itsasalde Residential. 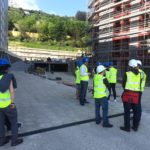 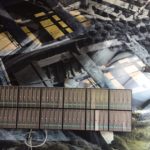 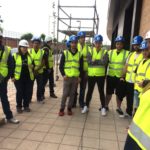 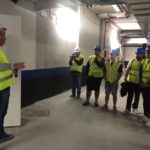 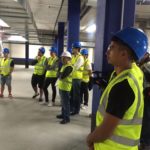 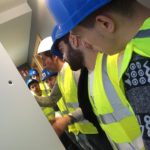 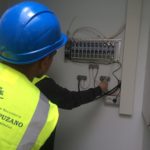 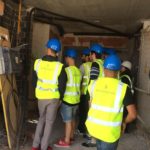