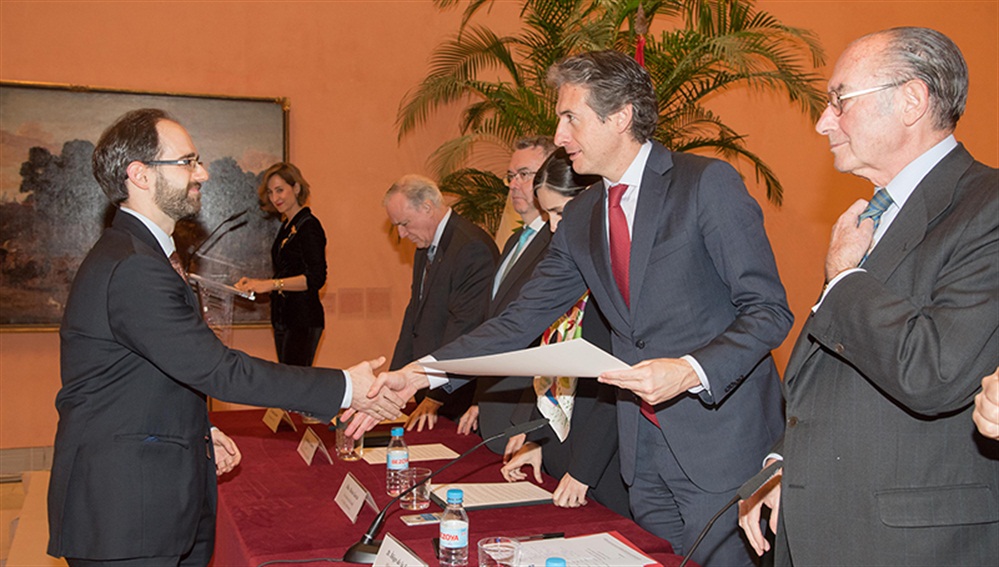 The ceremony of recognition to Baraibar, in which the rector of the UC, Angel Pazos, was also present, was held at the Thyssen Museum; it was chaired by the minister accompanied by the president of the National Association of Independent Builders, ANCI, Jaime Lamo de Espinosa, who thanked his assistance, as well as Maria García Rodríguez, Secretary of State for the Environment and Guillermo Cisneros, rector of the Polytechnic University of Madrid; Juan Lazcano, president of the CNC and Salvador Sánchez-Terán, former Minister of Transportation.

In addition, there were various secretaries of state, general managers, senior officials from other ministries, road school directors, ambassadors and presidents of public and private companies, including the twenty-four members of the ANC? ?After congratulating the winners, the minister expressed his appreciation for the work carried out by ANCI, highlighted the value of these awards for excellence, and added that he will continue his unconditional support for the expansion of construction companies abroad, as this Sector, with the collaboration and work of all, that has become the spearhead of the economic recovery, and the Brand Spain.

The National Association of Independent Builders (ANCI) brings together construction companies of medium or large size, which are active in all construction sub-sectors, with preference in public procurement.

It was born in late 1997 as a new interlocutor with the Public Administrations, the main client of the various partners, as well as other economic, political and social, against the need to adapt the organizational structure of the sector to political, administrative and territorial changes Of the country and to enhance competition.