The new passenger terminal of the Port of Bilbao, located at the Getxo 3 cruise ship pier, has entered into operation with the arrival of the first cruise of the year, the Britannia of the P & O Cruises. The total investment made by the Port Authority of Bilbao amounts to about 6 million euros, of which 4.6 correspond to the building, one million to the gangway and 0.4 million to the urbanization

For its design, it has been carried out a comprehensive study and analysis of the functional demands of this type of building. Particular attention has been paid to the data provided by the large cruise lines and the international safety standards for ships. It has been visited as a reference the best terminals in the world.

This together with the high standards of quality and applied maritime safety, make this station of passengers to be placed at the forefront of the European ones. It will therefore imply a new impetus for the increase in the traffic of tourists arriving to the Basque Country, and it will improve the service and operation of boarding and disembarkation, a key aspect for the ports that want, like Bilbao, to grow as a base port. The design of the building, the construction project and the construction management have been carried out by the architectural firm, Ajuriaguerra Tres; The construction of the building has been carried out by the Joint Venture formed by Giroa and Viuda de Sainz; And the gangway has been built by Prosertek. The work began on March 2016.

The building is conceived as a large glass container, which differentiates the flow of passengers and luggage, and the embarkation and disembarkation areas with independent routes and stairs. It is fifteen meters high, 3,200 useful square meters and consists of two main floors and an intermediate mezzanine. On the ground floor, it is the lobby, where the reception and billing of luggage of the passengers that embark will be run, and it will also have ample space for the collection of luggage of the cruise ships that disembark and the tourist information desk. In the mezzanine you will find the VIP room and the offices; And on the first floor, it will be enabled the waiting area, passenger boarding area, and landing zone.

Likewise, there is an exterior walkway of 169 m length, attached to the building, from which it is accessed for embarkation and disembarkation of the cruise passengers to the ship.

Integration in the environment and materials

Like the major transport infrastructures (railway stations, airports, etc.) this building is conceived as a first gateway to the Basque Country. For this reason, a modern and attractive but dynamic and vigorous image has been sought to convey to the visitors a photograph of a modern, entrepreneurial society fully involved in values of excellence.

For the design, it has been inspired by the environment, creating a building that seeks to integrate into such a privileged area. To this end, an undulating morphology of the light zinc coating resembling the waves has been used, and it have been used glass enclosures. In architectural solutions, it has been used “winks” to the naval architecture, such as the V-shaped deck supports similar to those used in the old ships or the “frames” that make up the structure of the fixed footbridge.

The choice of materials has also given a priority to functionality, durability, ease of maintenance and safety. On the one hand, considering the marine environment and local climatology, it has been placed a special emphasis on providing the highest levels of protection to the building’s metal elements, in order to avoid corrosion, as well as to guarantee its resistance in case of a fire allowing to evacuate the building safely. The zinc coating is especially suitable for a building located on the first sea line which involves a particularly aggressive environment.

Notwithstanding all this, inside the building it conveys an image of quality and warmth, resorting to a few materials, all of them pure, clean, net in terms of design and composition, great technical performance with respect to Its strength characteristics durability.

The station opens to the ships to facilitate the maneuvers of embarkation and disembarkation, and to guarantee the comfort of the travelers. Passengers access the ship from the aforementioned exterior gangway of the building and thus, directly and safely, without having to step on a pier, thanks to a mobile platform or “Gang-Way”.

This infrastructure also adapts itself to any level of tide existing at the level of boarding gates of any vessel, regardless of size, and allowing access for those with reduced mobility.

The luggage circulation, as well as the provision of supplies that the ship requires, is produced at street level, next to the docking area, through an area totally independent of the movement of passengers.

Likewise, and in response to the demand of the City Council of Getxo, the Port Authority has planned to provide the dock with approximately 200 parking spaces for long stay, ie passengers traveling on cruises departing from Getxo, which may also be used by Citizenship in general on days when they do not dock cruises. 31 more parking spaces will be created for the staff connected to the operation of the terminal, 8 for people with reduced mobility, 10 for taxis and 40 for buses.

The Port of Bilbao inaugurates the new passenger terminal in a season with a positive outlook on the number of stopovers and companies. Throughout 2017 it is expected the docking of 58 cruise ships and about 94,000 passengers, which represents a 14% increase in the number of cruise ships and a 10% increase in passenger numbers compared to last season. Some of these berths are a direct consequence of this new infrastructure.
The first cruise of this year, which inaugurates the station, is the Britannia of P & O Cruises, the most significant ship of this company.

This cruise docked for the first time in Getxo on May 25th 2015, just opened, and that season docked three times. Last year it visited us three other occasions, and in 2017 it will visit us, again, three more times. With a length of 330 meters, it has a capacity for about 4,000 passengers and has a crew of about 1,400 people.

The boat, which is focused to a family tourism, takes a tour of eight days. It departed on March 26th from Southampton (United Kingdom) and its itinerary is A Coruña, Bilbao, La Rochelle (France), Cherbourg-Octeville (France) and, on April 2nd, it will finish its tour where it started, in Southampton.

This season three cruises will embark from Bilbao and in four different dates: 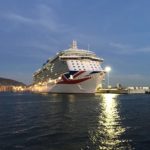 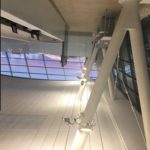 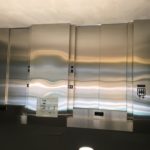 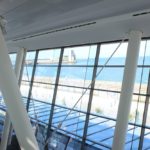 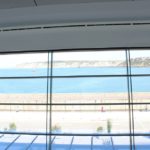 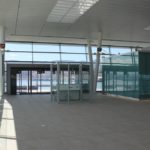 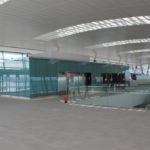 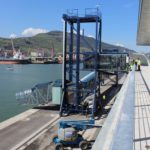 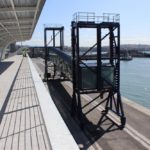 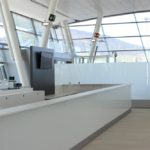 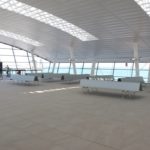 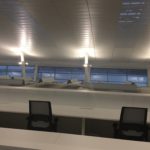 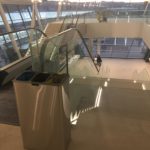 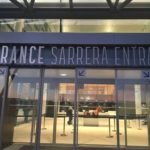 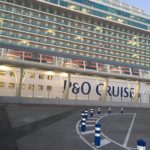 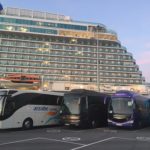 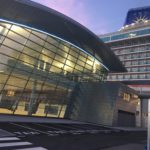 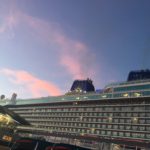 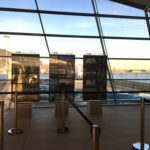 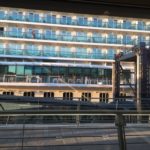 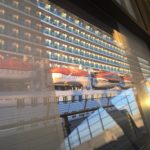 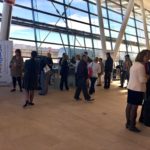 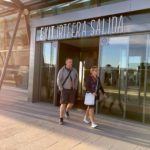 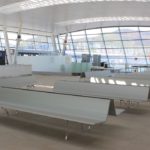