URA´s project, the Basque Agency of the Department of Environment and Territorial Policy of the Basque Government and executed by Vda. Sainz, the second phase of the channeling of the Nervion-Ibizabal that goes through the towns of Basauri and Galdakao is about to be finished. 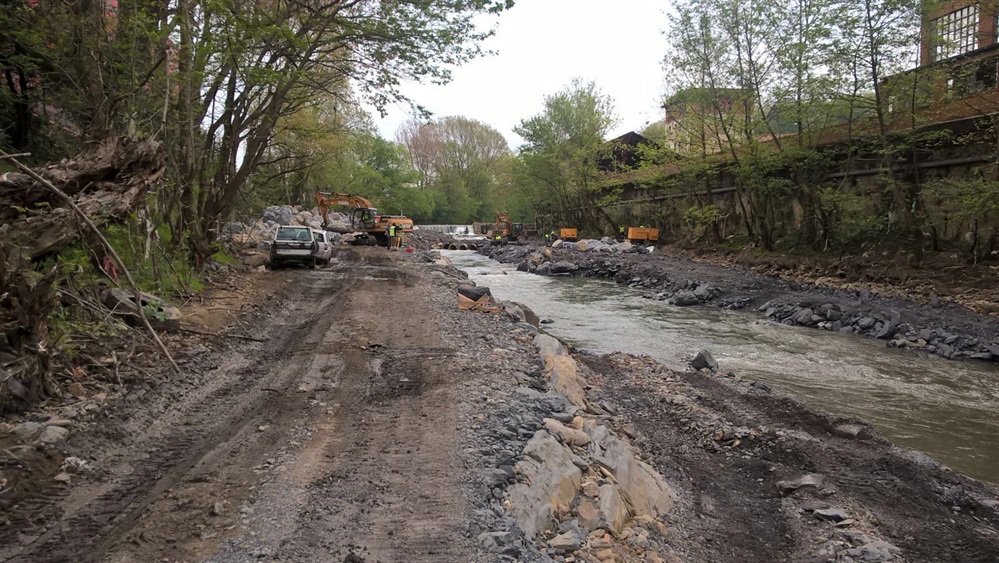 The works of the second phase of the Channeling project of the Nervion and Ibaizabal rivers are located in the section Urbi-Bengoetxe with a total length of 1,570 m. The actions planned in the second Phase have a budget of 6.5 million euros and an estimated execution period of 20 months, as sources of URA confirm, the Basque Water Agency, responsible for the channelization project.??

“The Nervion and Ibaizabal rivers have had critical moments for their hydraulic failure,” explains the director of URA. “It is readily apparent that their vegas have been partially occupied by human action and that the river has been squashed, trying to answer the urban needs of the moment; needs that did not foresee the natural behavior of the river in flood period. The result: flooding in the area that with this channelization project will be significantly reduced.

“??The actions foreseen in the draft channeling of the Nervion and Ibaizabal rivers are divided into three different phases: Bolueta-Urbi sections (ended the first half of 2014), Urbi-Bengoetxe (currying out) and Bengoetxe-Plazakoetxe (planned).??

Within the second phase that is now coming to an end, in addition to replacing the Bridgestone bridge (Firestone), the channeling works of the Ibaizabal have had other performances such as the demolition of Urbi bridge carried out earlier this year and replacement; environmental restoration; and the replacement of existing easements, roads, steps and all those services that may be affected and, in general, all the ancillary and additional works that are required, not only to ensure the main hydraulic function, but also those others that affect the planning and serve to minimize the environmental impact.