The presentation took place at the VII Ibero-American Symposium on Waste Engineering, which was held on June 13th and 14th at the Higher Technical School of Road, Channel and Port Engineers of Santander, which was attended by the Vice-President of the Government Of Cantabria and adviser of Universities and Investigation. 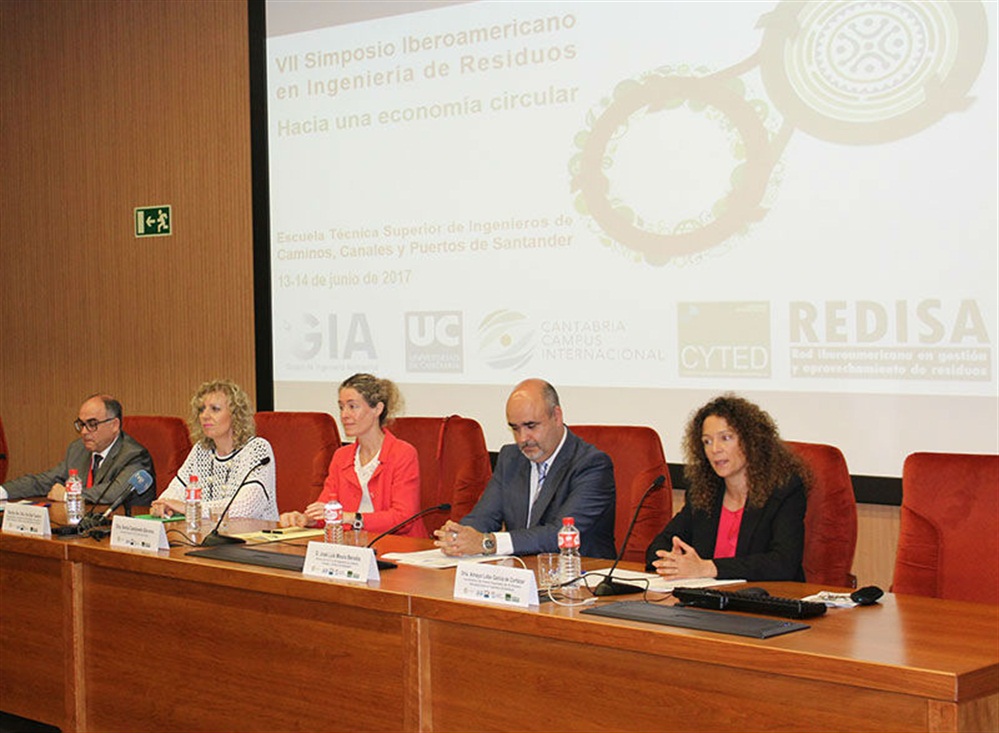 The Deputy of Universities and Research, Environment and Social Policy, Eva Díaz Tezanos, pointed out the importance of betting on the circular economy, whose purpose is to close the life cycle of products, services, waste, materials, Water and energy.

The Environmental Engineering Group of UC organizes this seventh edition of the series of symposia promoted by the Ibero-American Network in Waste Management and Utilization (REDISA-REDIGAR) since 2008. The previous editions were held in Cartago, Costa Rica (2015), Mendoza, Argentina (2013), Mexico City, Mexico (2011), João Pessoa, Brazil (2010), Barranquilla, Colombia (2009) and Castellón, Spain (2008).

The objective of REDISA-REDIGAR, funded by CYTED (Ibero-American Program of Science and Technology for Development), is to create a common space, in which universities and centers can share the results of research projects carried out in The field of Sustainable Waste Management.

The Symposium is a framework for the exchange of knowledge and experiences in the Ibero-American context between research groups, entities involved in waste management and society in general, in order to enhance interaction, cooperation and transfer in this field.

In this regard, Viuda de Sainz presented the work corresponding to the “First phase of waterproofing of the right watercourse trough of the Artigas landfill, T.M. Of Bilbao, “which is currently being implemented and is promoted by the Provincial Council of Biscay, which holds the ownership of the landfill since 2014.

The Project allows to tackle the waterproofing and adaptation of the right watercourse trough in two independent cells contained by A frontal closing dam, prior to its commissioning as a non-hazardous waste landfill.